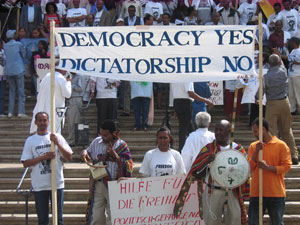 Decades ago, Hannah Arendt made the critical observation that in a world divided into discrete nation-states, people find their very humanity and worth inherently connected to modern forms of citizenship and belonging. Those who move across nation-state borders, whether for economic, environmental, or political reasons – or most commonly a combination of these – contend with a range of challenges related to their status as (im)migrants. These challenges include everything from discrimination within societies of settlement to problems presented by states’ requirements for bureaucratic and legal fixity in a global political-economy characterized by both fluidity and inequality in the distribution of resources and labor.

The topic of Migration and Refugee Studies therefore necessitates a wide range of disciplinary approaches, questions, and research methods. From historical and demographic treatments of the changing patterns of movement across space, to quantitative analyses and ethnographic studies that address the causes and consequences of migration in a multitude of ways, the concept of “social justice” creates a common theme around which to focus a topic of enormous breadth and complexity. Specifically, researchers are attuned to the ways that migration sets up conditions under which human dignity and belonging may be called into question, challenged, and also remade, through the movement of people within and across the global system.