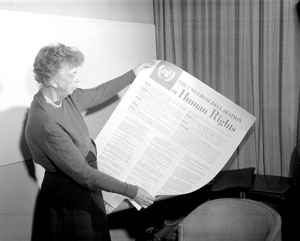 Human rights are inextricably linked to the broader notion of social justice and serve as a critical instrument for promoting social progress and larger freedom the world over. The preamble to the Universal Declaration of Human Rights acknowledges that “recognition of the inherent dignity and of the equal and inalienable rights of all members of the human family is the foundation of freedom, justice and peace in the world.” It is this departure point premise that motivates the scholarship produced by the CSSJ’s Human Rights Division and that serves as the common thread linking together each of the Fellow’s research.

The Human Rights Division engages a dynamic range of questions concerning the implications of human rights for social justice broadly construed. This exploration is undertaken from a variety of academic perspectives, including anthropological, legal, philosophical and religious studies approaches. Fellows focus on a range of human rights topics, including asylum and refugee rights, religious freedom, the role of nonstate actors in expanding the boundaries of human rights law, and the philosophical underpinnings of human rights norms. These efforts truly are global in scope and address implications for social justice both in the United States and abroad.